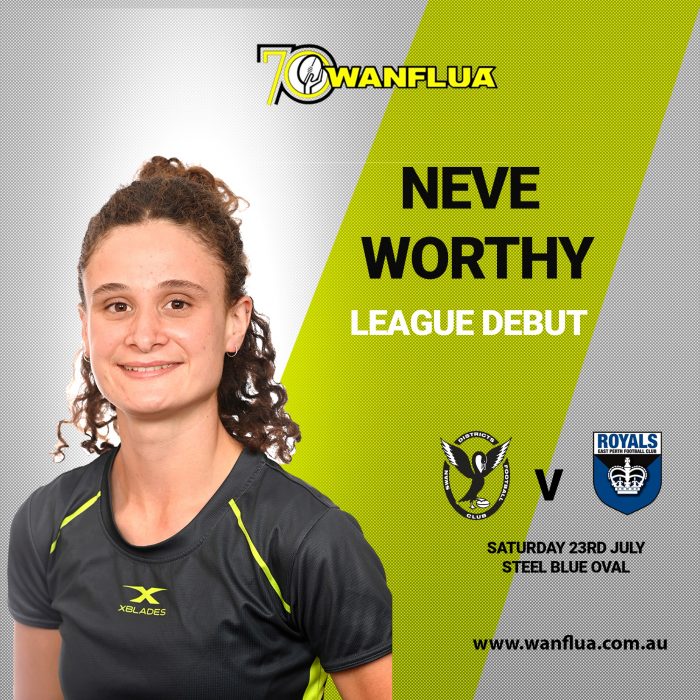 The WANFLUA would like to congratulate goal umpire Neve Worthy who will make her League debut in the Swan Districts v East Perth clash at Steel Blue Oval today.

Neve started her journey at the WAFL after being highly recommended by Rick Payne and quickly showed people why she was worthy of a spot at WAFL level. With her humour and energetic attitude, Neve has quickly become a beloved member of the group.

Neve’s dedication, commitment, and coachability saw her vastly improve over the past few seasons and resulted in her umpiring the 2021 Colts Grand Final and was named as the Talent Academy Goal Umpire of the year.

This season Neve was selected to umpire at the 16s state championships and has being appointed to the AFLW umpiring team for the 2022/23 season, all of which have contributed to her selection at league level this weekend.

We are sure that there are many more games to come for Neve in her goal umpiring career.

Congratulations Neve and all the best for the game today!