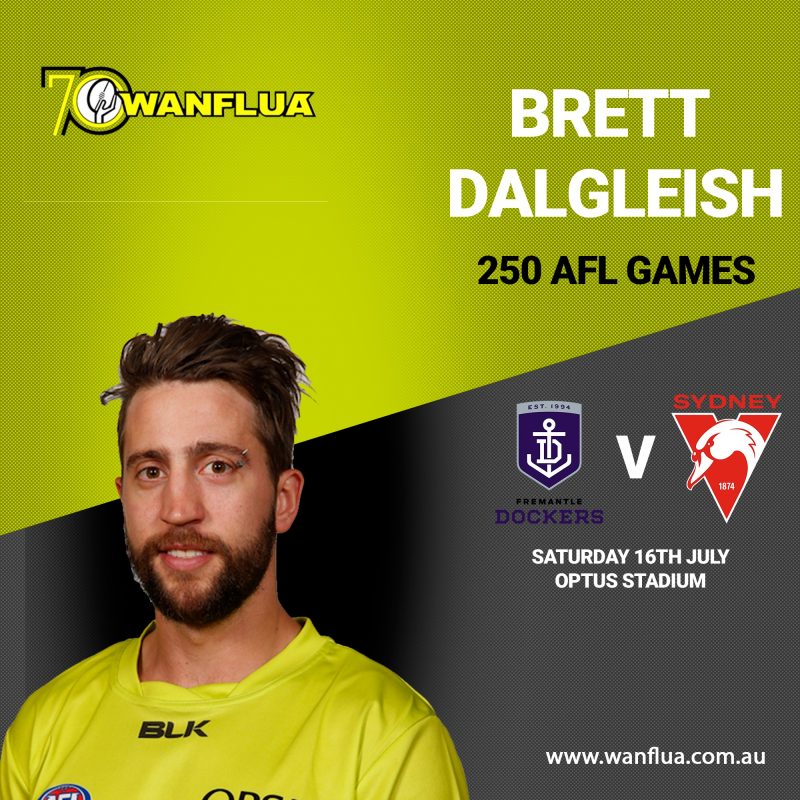 The WANFLUA would like to congratulate boundary umpire Brett Dalgleish who will run out for his 250th AFL Game in the Fremantle v Sydney clash at Optus Stadium tonight.

Brett has always taken pride in his ability to get the most out of himself at an AFL level despite not always being the best from a running stand point. He has always possessed an elite boundary umpiring skill set that has allowed him to achieve this milestone of AFL games.

Brett has umpired 14 AFL finals his career, including preliminary finals in 2015, 2017 and 2018, and despite just missing out was selected as the Emergency Boundary Umpire for the AFL Grand Final in 2017 and 2018. In 2020 Brett became the 5th Boundary umpire to pass the 300 total game milestone.

In recognition of his consistent performance at the elite level, Brett was named as one of the Boundary umpires in the WANFLUA Team of the Decade at the recent 70th Anniversary Function.

Congratulations Brett on reaching this incredible milestone, all the best for the game tonight!!