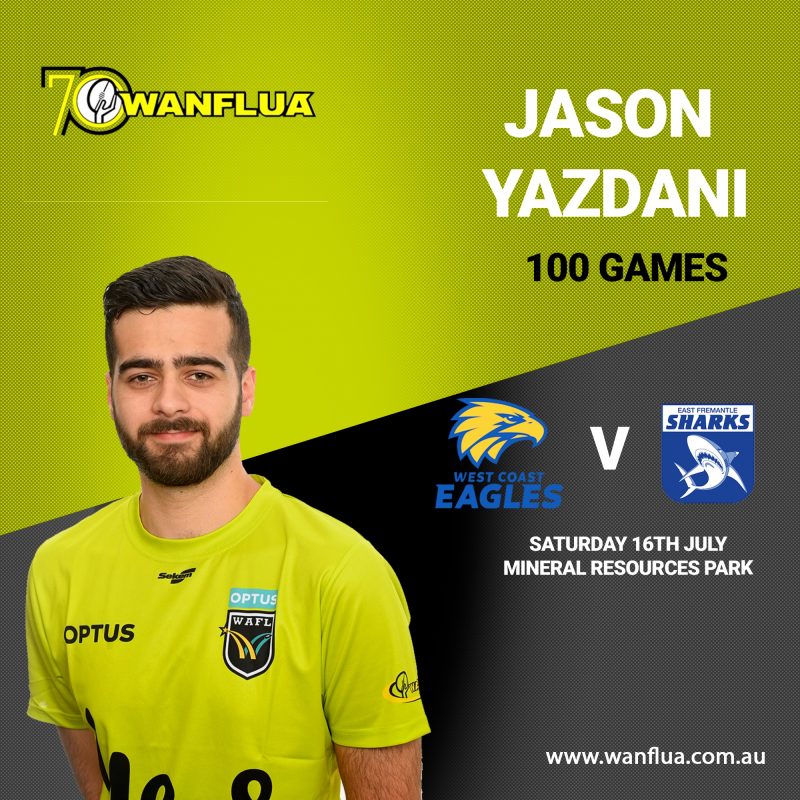 100 UP FOR JUBILANT JASON

The WANFLUA would like to congratulate goal umpire Jason Yazdani who will umpire his 100th Game in the West Coast v East Fremantle clash at Mineral Resources Park today.

Jason has been a consistent performer over the past few years, taking out the 2021 Carter Medal as the Goal Umpire of the Year and was a nominee for the Team of the Decade at the recent WANFLUA 70th function.

After making his AFL debut earlier in the season, Jason has recently been rewarded with promotion to the full AFL list rewarding his performances across his WAFL and AFL games this season.

Congratulations Jason on reaching this milestone, all the best for the game today!!