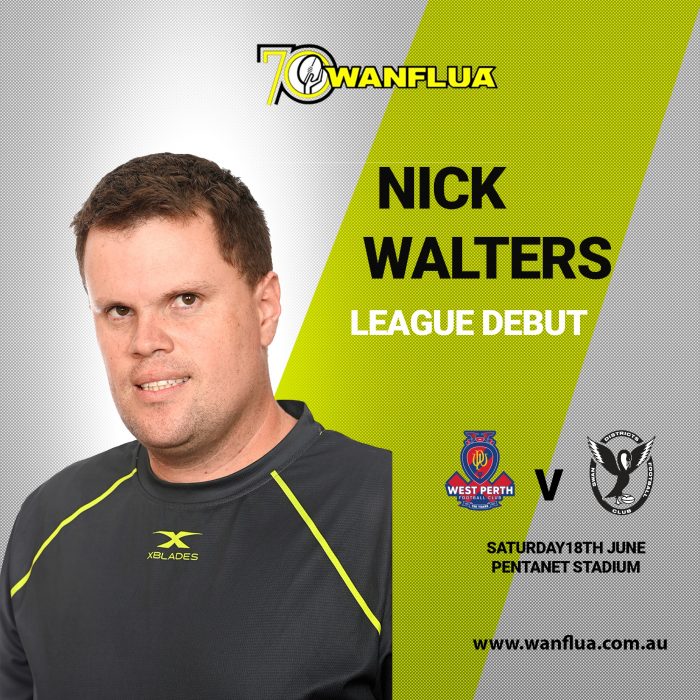 The WANFLUA would like to congratulate Goal Umpire Nick Walters who made his League Debut in the West Perth v Swan Districts game held at Pentanet Stadium last Saturday.

After an injury to an umpire early in the game, Nick was able to grasp his opportunity with both hands to make his debut umpiring a great game despite the short notice to get out on the field.

Nick has been a great contributor to the goal umpiring group and would have hardly missed a training session since joining the WAFL. It is this dedication and commitment that saw him able to get his opportunity when it presented on the weekend.

Congratulations Nick on your debut!