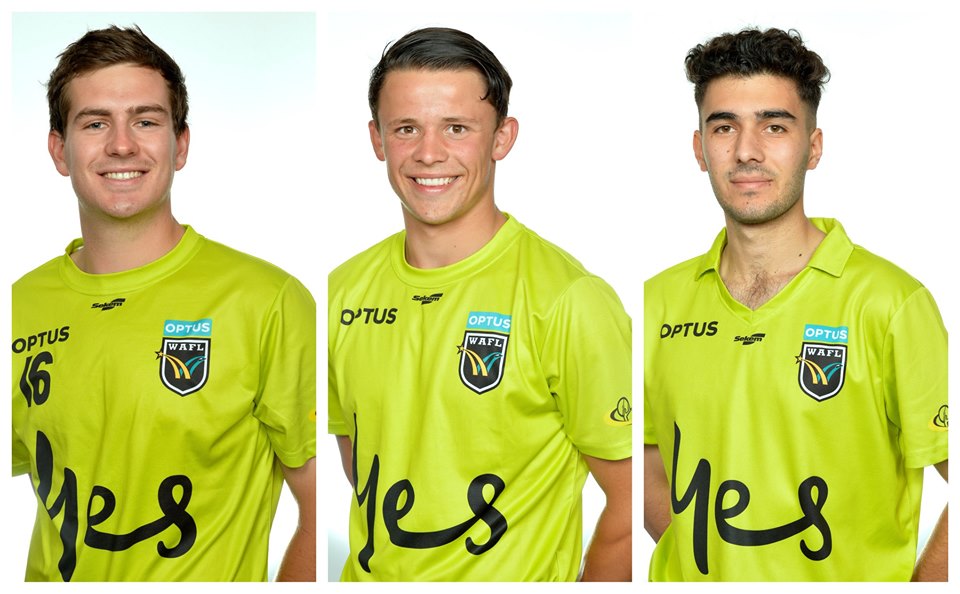 The WANFLUA wishes to announce and congratulate three umpires who will be making their league debuts this weekend.

On the field, Lachie Fahey-Gilmour will be making his league debut when he umpires the game between Swan Districts and West Coast on Saturday. Hailing from the Swans Districts juniors, Lachie has been a consistent umpire over the past couple of years who has recently taken his game to the next level. While still being one of the jokers around the group, he has shown an increased level of dedication and commitment to his fitness and umpiring, which has allowed him to take this next step.

On the boundary, Daniel Kempson will be making his league debut when he umpires the game between Perth and Subiaco tomorrow night. Dan joined the panel via the East Fremantle juniors part way through last year, and comes from an elite sporting background, being one of the best triathletes for his age in Australia. Despite being only 16-years old, Dan brings the same level of professionalism and commitment to his umpiring and this is one of the large reasons why he has been able to make such a rapid rise through the ranks.

In the goals, Dion Boules will be making his league debut when he umpires the game between East Perth and South Fremantle on Saturday. Dion has been a part of our group for a couple of years now and after a mid-season talk with head coach Ryan Harder, he has been able to elevate his performance and make the jump into league football. He has consistently performed at a high level in the reserves and is one of the fittest umpires and hardest trainers in the goal umpiring group.

Congratulations again to all three umpires, and we wish them all the very best for their debuts!