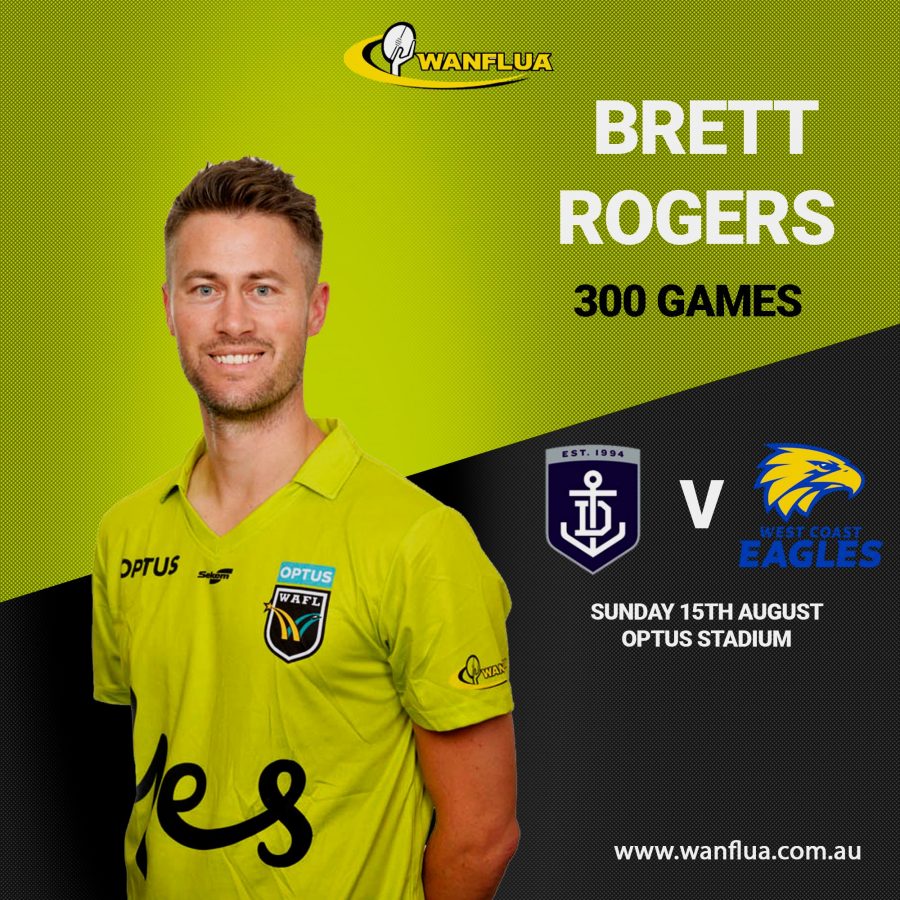 ROGERS THAT! BRETT SET FOR 300

Brett joined the WAFL panel as a fresh-faced 15-year-old from the Swan Districts juniors in 2003. He quickly made his mark within the goal umpiring fraternity and was elevated to league ranks in 2005 and later awarded what was then known as the Paul Smith Medal for being the WAFL’s most improved goal umpire.

A series of consistently strong performances over the next few years saw Brett rewarded with appointment to his first WAFL league grand final in 2007. He was back on the big stage again in 2008 following another outstanding season where he took home the Bill Carter Medal as the competition’s top flag-waver.

Brett was added to the WA-based AFL goal umpiring panel for the start of the 2009 season, at the end of which he completed a hat-trick of WAFL league grand final appearances, and he has remained at the elite level ever since.

Sunday’s Western Derby between Fremantle and West Coast will be Brett’s 179th AFL game. That tally also includes five AFL finals, demonstrating his unwavering ability to rise to the occasion in the highest of pressure environments.

Brett becomes just the third goal umpire to join the 300 club after David Shawcross and Paul Smith and is the 16th member of the WANFLUA to reach the milestone.

Congratulations Brett on a very outstanding career so far, and all the best for your milestone match on the weekend!