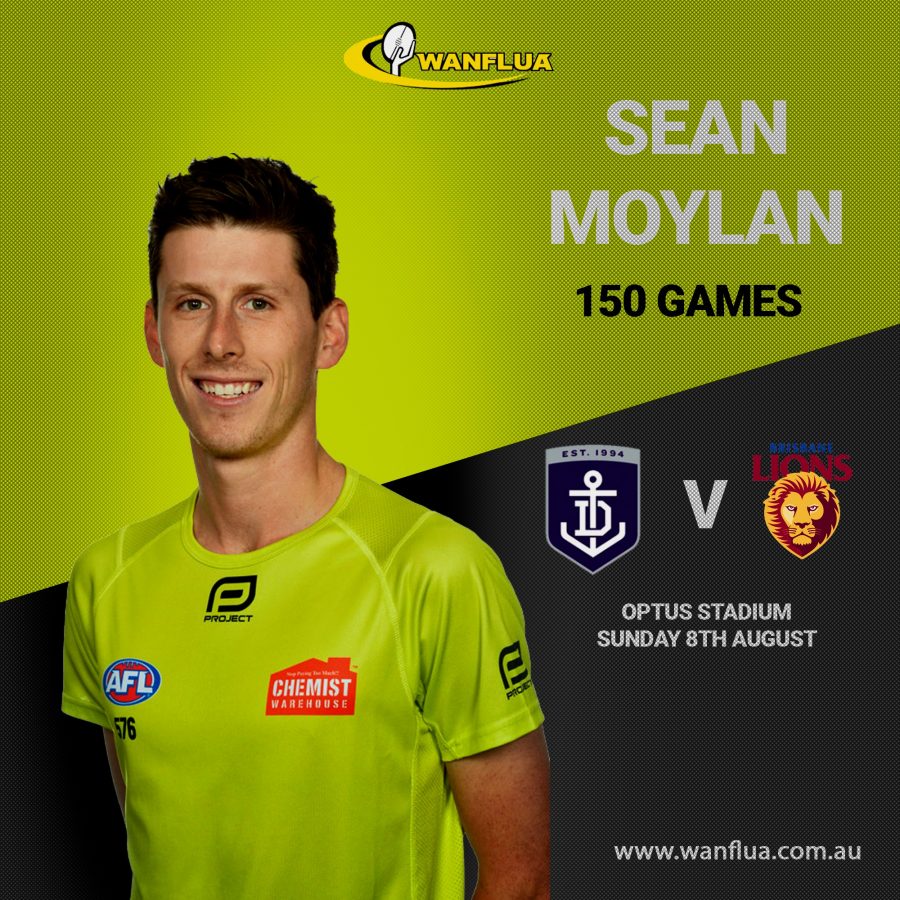 Sean joined the panel in 2012 and made his WAFL League debut in Round 1 of the following year. After umpiring consecutive WAFL League grand finals in 2015, 2016 and 2017, and twice being named the Devine medallist as the WAFL’s best boundary umpire, he was added to the AFL boundary panel and today’s match will be his 52nd appearance at the highest level.

For several years running Sean has been a valued member of the WANFLUA committee and has often been responsible for arranging and collecting the various trophies awarded each year.

Congratulations Sean on reaching 150 games and we wish you all the very best for today’s game!