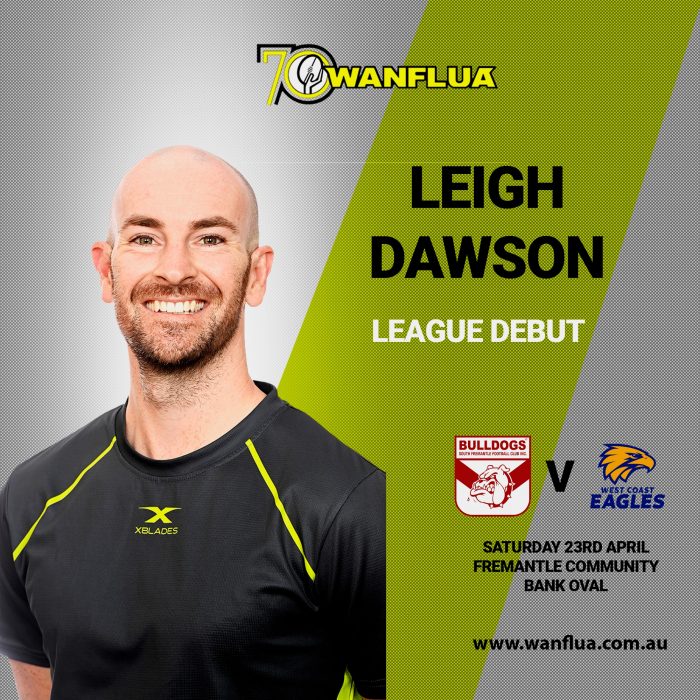 The WANFLUA would like to congratulate boundary umpire Leigh Dawson on his league debut in today’s match between South Fremantle and West Coast at Fremantle Community Bank Oval.

Leigh, who joined the boundary umpiring group this year from the Perth Football League, has managed to transition seamlessly into the High Performance Team and rewarded with his opportunity early in the season.

Leigh has impressed the coaches and his fellow umpires with his leadership skills, along with his enthusiasm for umpiring that he brings to each session.