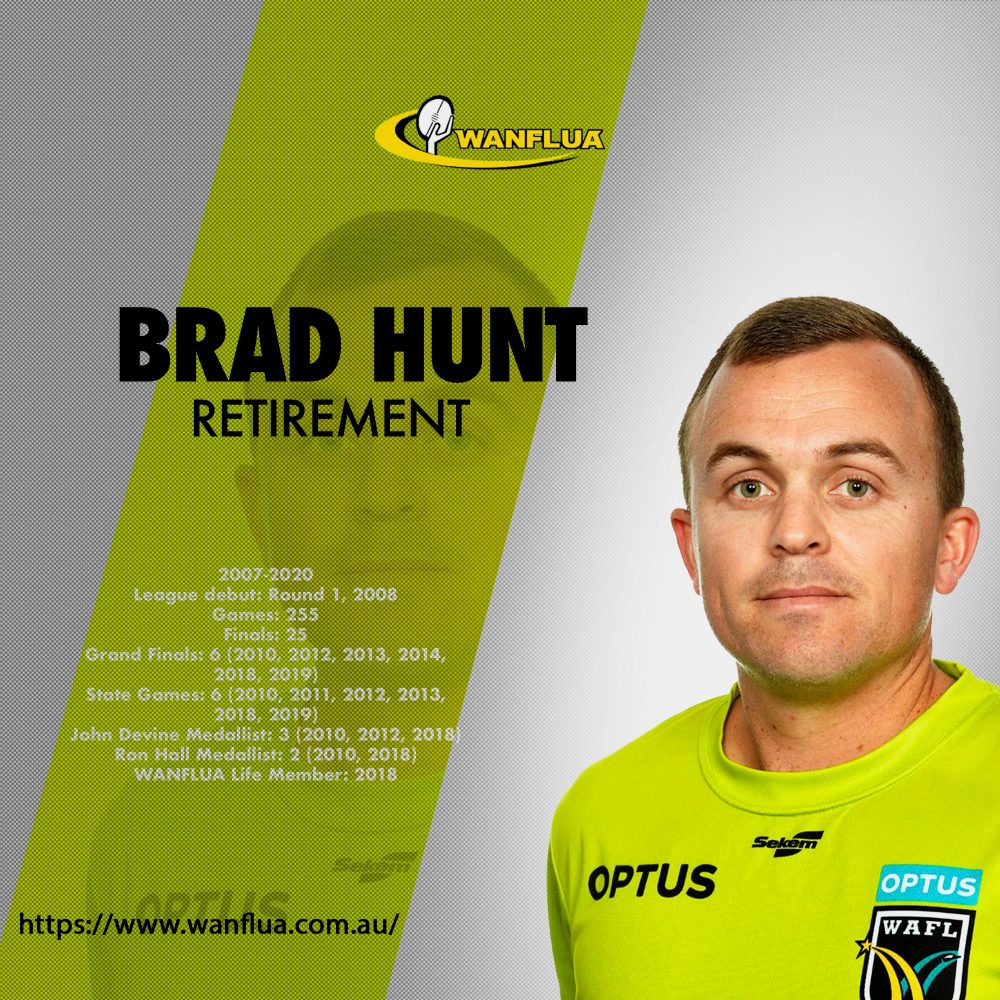 HUNTY HANGS UP THE WHISTLE

Brad has been an amazing member and contributor to the WANFLUA not just for his excellence as a boundary umpire which has seen him umpire 255 League games, including six Grand Finals and six State Games, but a person who has given his heart and soul to supporting the association through two separate stints on the WANFLUA Committee.

Brad has always been the ultimate professional when it has come to his training and preparation. Even his move down to the South West earlier this year did not stop him from umpiring at an elite level.

The WANFLUA wishes Brad and his wife Kylie – his biggest supporter – all the best in his retirement and we know that he won’t be a stranger to our group.