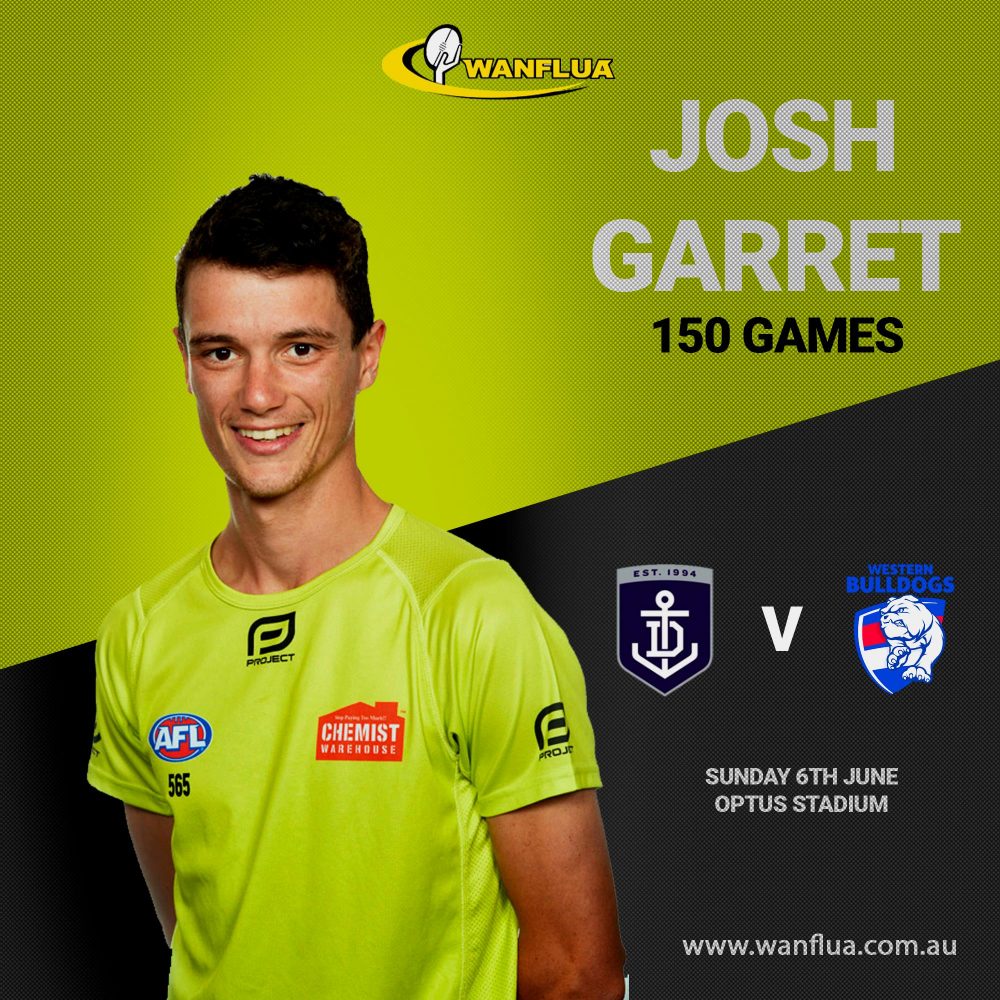 Congratulations to AFL boundary umpire Josh Garrett who will make his 150th senior appearance when the Fremantle Dockers host the Western Bulldogs at Optus Stadium on Sunday.

Congratulations Josh, and all the best for Sunday!