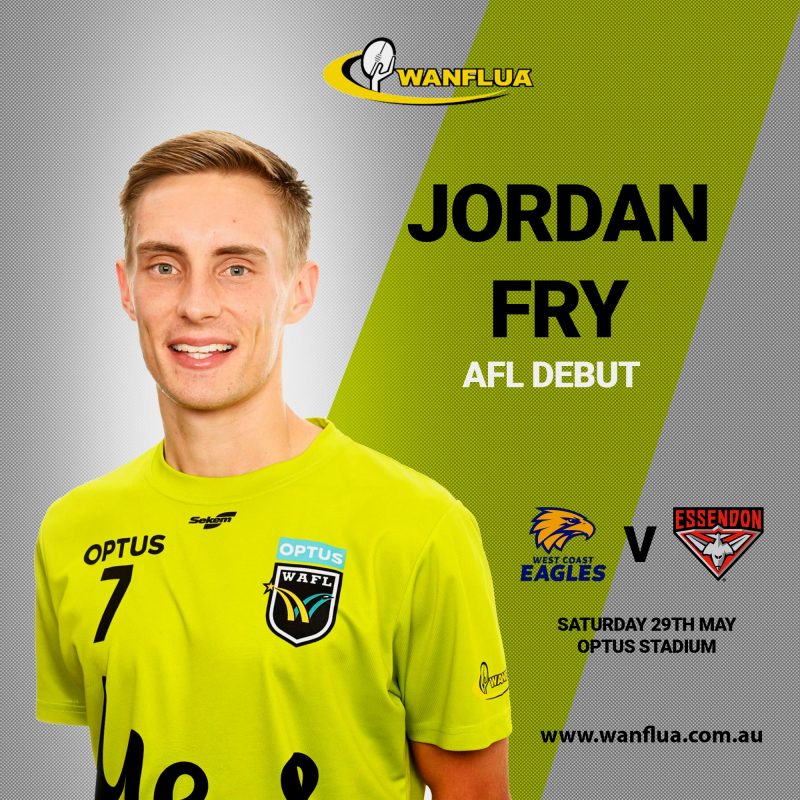 FRY UP FOR AFL CHALLENGE

Rookie-listed field umpire Jordan Fry will make his AFL debut tonight when he takes the field at Optus Stadium in the West Coast and Essendon clash.

Having debuted at WAFL league level as an 18-year-old in 2015, Jordan has been the model of consistency in the WAFL and AFLW in previous seasons, earning a promotion to the AFL Rookie list in 2020.

Continuing on from this, Jordan was appointed to his first WAFL League Grand Final last year and was awarded the Montgomery Medal as the WAFL’s best field umpire.

This appointment is a continuation of these high caliber performances and is very well deserved.

Jordan will rotate on the field with three WA-based colleagues in Dean Margetts, Jeff Dalgleish and Dan Johanson – with Jeff and Dan then flying out to Adelaide to double up in the Fremantle and Port Adelaide game in what is a unique weekend for umpiring with the Melbourne COVID lockdown having an impact on appointments.

All the best for tonight Jordan!