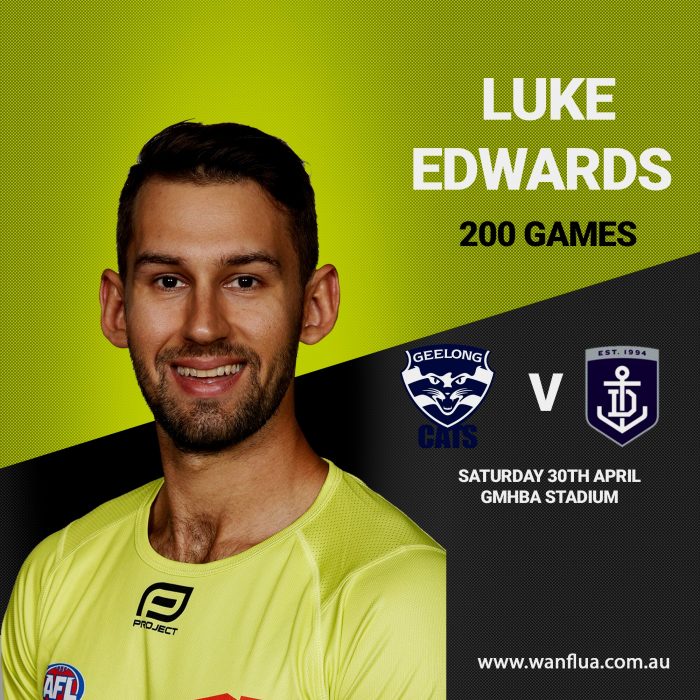 EDWARDS MUSCLES UP FOR 200

Congratulations to goal umpire Luke Edward who this weekend will umpires his 200th league game in the Saturday AFL match between Geelong and Fremantle at GMHBA Stadium.

Luke joined the WANFLUA in 2008 and after several years learning his craft made his WAFL League debut in 2010.

Luke has umpired 76 WAFL League games, include two League Grand Finals, before being promoted to the AFL panel in 2013 and this weekend will be his 124th AFL game.

Since moving to Melbourne at the end of 2019, Luke has continued to excel at the AFL level.

Congratulations on this massive achievement and all the best for your game on the weekend, Luke!