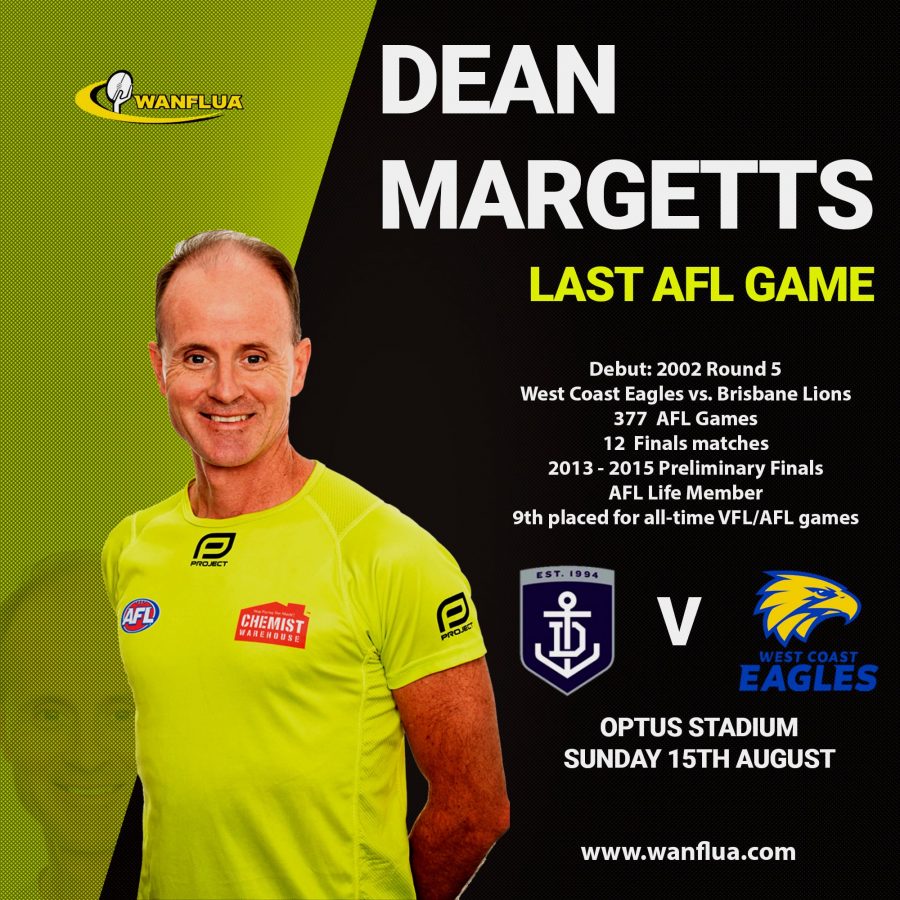 DEANO TO DEPART IN DERBY CLASH

AFL Umpire and WAFL Umpires manager Dean Margetts will umpire his 377th and final AFL game in the Western Derby this Sunday.

In a career that has spanned nearly two decades, Dean has umpired 12 finals, including three preliminary finals in a row from 2013, 2014 and 2015. This longevity and consistency at the elite level sees Dean sit ninth overall on the list of games umpired in VFL/AFL history.

Dean is someone who is very passionate about our WAFL group, which shows through his continued efforts to develop umpires in WA, as well as how he has proudly represented our group on a national stage for the past two decades.

On behalf of the WANFLUA, congratulations on a fantastic AFL career Dean!