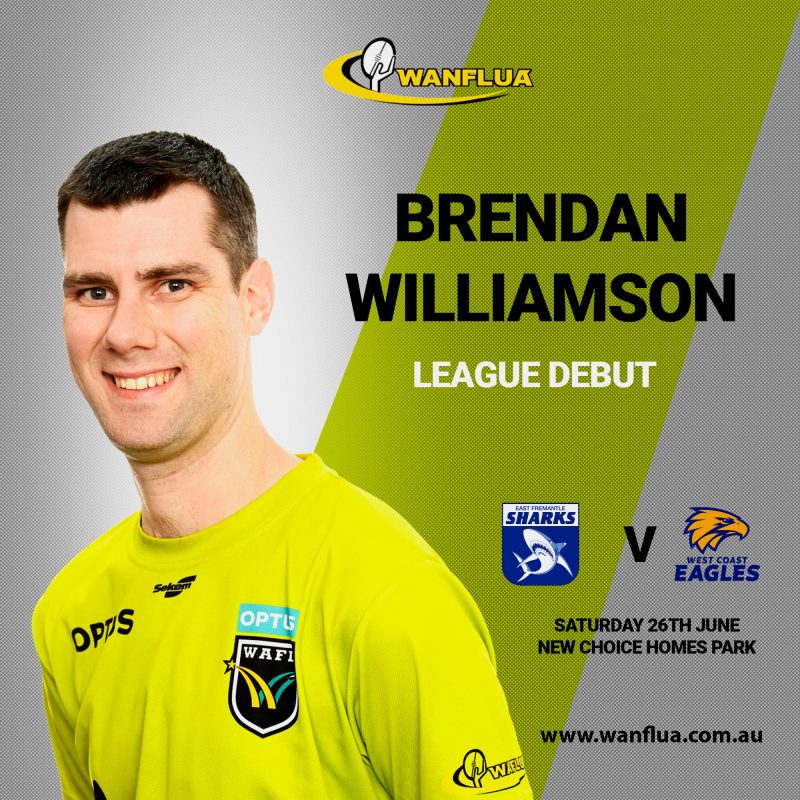 Brendan has worked hard for this opportunity, after spending the last few seasons in the reserves working on his game.

Brendan started umpiring in 2017 and has progressed through colts footy and into the reserves. Brendan has also done a lot of WAFLW football (often backing up after a game on Saturday) and was selected to wave the flags in the 2019 WAFLW grand final.

Off the field Brendan is a great supporter of the WANFLUA, holding the key role of bar manager, as well as serving behind the bar during WANFLUA functions. A fantastic member of the WANFLUA, who lends a hand despite not currently serving on the committee.

All the best for Saturday Brendan!